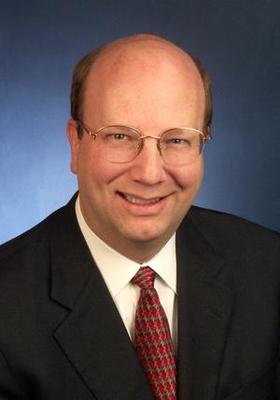 Assemblyman Bill Nojay, 59, has died, four days before he faced a Republican primary for his 133rd Assembly District seat. Nojay took his own life at Riverside Cemetery on Lake Avenue in Rochester.

At a noon news conference, Rochester Police said that they were called out to the cemetery at 9:22 a.m. Friday to "check the welfare" of a person at the cemetery. Police confirmed later in the afternoon that the person was Nojay, and said the reporting officer saw Nojay shoot himself.

“I’m just almost speechless,” said Kolb, who said he considered Nojay a friend as well as a colleague . “Not only do I feel bad, but I’m sure what’s even more tragic is what his family is dealing with right now.”

Nojay won the vacant 133rd Assembly district seat in 2012, a seat that was created through redistricting that includes all of Livingston County, and parts of Stuben and Monroe county. Nojay was seeking re-election to his seat, and was going to face Honeoye Falls Mayor Richard Milne in Tuesday’s Republican primary.

Nojay, who was also involved in international democracy movements, as well as international business deals, was accused of fraud in connection with a venture in Cambodia, which he brushed off earlier this year as nothing more than a lawsuit.

The Democrat and Chronicle  is reporting that Nojay had been scheduled to appear in U.S. District Court Friday to be charged in connection with fraud-related charges connected to a trust fund he handled as an attorney.

The newspaper says that before the court appearance, Nojay contacted his lawyer and said he planned to take his life, and the story says the lawyer then contacted police who went to Riverside Cemetery.
The U.S. Attorney's Office issued a statement saying that it  is not in a position to release any information at this time.

Nojay, an avid supporter of Donald Trump, was a popular politician in Albany, with friends on both sides of the aisle. Democratic Assembly Speaker Carl Heastie says he “ cannot express how saddened “ he is to learn of Nojay’s passing.

Nojay was appointed commissioner of the Rochester Genesee Regional Transportation Authority in 1996 by Governor George Pataki. Nojay also served on the Executive Committee of the Genesee Transportation Council and was head of Detroit’s transportation system.

Richard Milne, and the Democratic candidate for Nojay's seat, Barbara Baer, both stated that they're suspending their political activity for now (see statements below).

"We are deeply saddened by the passing of New York State Assemblyman Bill Nojay. He was our friend. We will remember him for his dedication and commitment to public service and our community. Bill was a commendable leader. Our thoughts and prayers are with his wife, Debra, and his three children. He will be deeply missed. "

“A loss like this transcends politics and government, leaving only hollowness and heartbreak in its wake. Assemblyman Nojay was always a strong voice for Upstate who dedicated a great deal of his life to championing a core set of beliefs, whether in elected office or over the airwaves. My thoughts are with Bill’s family, friends, and constituents on this most difficult of days.”

"Any loss of life is a tragedy and I am saddened by the news of Assemblyman Bill Nojay’s passing.  Bill was a partner in government with a strong voice for upstate New York and a champion for the people he represented.   My thoughts and prayers go out to the Nojay family and all of Bill’s many friends."

"In light of the recent tragic death of NY State Assemblyman Bill Nojay I am suspending all political activity until further notice.

While we have tried to stop some of the radio ads, this may not be possible but we are trying.

As a candidate and more importantly as a person, I am devastated by today's events. My heartfelt condolences go out to the family and supporters of Assemblyman Nojay."

“We are deeply saddened by the news of Assemblyman Bill Nojay’s passing this morning. He was a passionate advocate for Upstate New York and the 133rd Assembly District. While we disagreed on most policy issues, Bill was a kind and smart man who was a pleasure to see on the campaign trail. Our thoughts are with the Nojay family and their loved ones during this difficult time.
Out of respect, we are temporarily suspending our campaign in the 133rd Assembly District.”

"I am shocked and saddened to learn of the death of Assemblymember Nojay.  It was my pleasure to work with Bill in the New York State Legislature, particularly on issues and projects important to our constituents.  I know he cared deeply about the citizens he served and was a strong voice for the entire community.  My thoughts and prayers are with Bill’s family and friends at this difficult time."

"We are incredibly shocked and deeply saddened by the sudden passing of Assemblyman Bill Nojay. The Assembly Republican Conference has lost a true friend and today our collective hearts are broken.

Bill was dedicated to improving New York and communities he served in the Rochester area. He will forever be missed. My thoughts and prayers are with his family and loved ones during this tragic time."

"I cannot express how saddened we are to learn about the passing of Assemblymember Bill Nojay. Our thoughts and prayers are with Bill’s wife and children."

“This morning our community was faced with the sad story of the sudden passing of Assemblyman Bill Nojay. Throughout his career, Bill was devoted to serving the public through his job as a radio talk show host and he was a strong advocate for Western New York and the residents of the 133rd Assembly District in the New York State Assembly.

I had the pleasure of serving with Assemblyman Nojay in the New York State Assembly. Bill was passionate about 2nd Amendment rights and always spoke up in Albany. Bill was a great friend, and he will be sorely missed. My condolence goes out to his entire family the residents in his district and his many friends.”

"Today, we mourn the unexpected loss of New York State Assemblyman Bill Nojay, an outspoken advocate for conservative values, for his district, and for Upstate New York. My thoughts and prayers go out to his family, friends, and colleagues in the Assembly during this extraordinarily difficult and painful time. It is my hope that all those who knew Assemblyman Nojay will find comfort in the good times and lasting memories they shared with him over the years. He will be missed."

“I was saddened to hear the news today of the passing of my good friend and colleague, Assemblyman Bill Nojay. Bill sat next to me in the Assembly Chamber and I will never forget the conversations we had and the words of advice and encouragement that he gave me during my first term in the Assembly. My sincerest condolences and prayers go out to his family during this difficult time. He will be missed.”

"Along with the rest of the state, I am heartbroken to learn of the death of my friend and colleague Assemblyman Bill Nojay. Bill was an upstanding man with very strong convictions. He fought very hard to make sure the voices of his constituents were represented at the State Capitol, and I will always be proud to call him a friend. My heart and deepest condolences go out to his family and the residents of the 133rd Assembly District."

“I am deeply saddened by the tragic news that Assemblyman Bill Nojay has died.  He was a good friend and colleague.  Bill was a strong voice for the interests of upstate and a dedicated advocate for those he served in the New York State Assembly.  He will be deeply missed.  My thoughts and prayers are with his family, especially his wife Debra and their three children, at this very difficult time."

“I am saddened to learn of the passing of Assemblyman Bill Nojay. Aside from being an Assemblyman, he was a former Chairman of the RGRTA Board of Commissioners, a good friend, and a fierce advocate for public service and public transit in our community. On behalf of the 900+ employees at RTS, I extend our thoughts and prayers to Bill’s family during this difficult time.”

"I am saddened to learn of the tragic passing of Bill Nojay. My thoughts and prayers go out to his family and friends during this difficult time."

“My heart goes out to Assemblyman Bill Nojay’s family, constituents and friends who are faced with his sudden and unexpected death.  Any loss of life is tragic and suicide can be particularly difficult on those left behind.  I am hopeful that the power of prayer will comfort all of those most deeply affected by this loss.  Given the Assemblyman’s prominence, his death will undoubtedly bring greater attention to the issue of suicide.  So, I would like to take this opportunity to remind everyone in our community that help is available day or night for those who feel they cannot cope.”

Check back for more details on this story as they come in to WXXI News.