Gay student cut off from family gets outpouring of community support 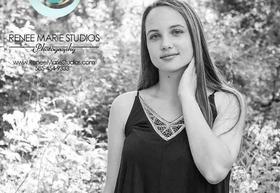 The story of a local college student who says she was disowned by her parents when they learned she is gay is getting nationwide attention.

Out Sports first reported last week that Emily Scheck of Webster was cut off by her family in August when Scheck's mother spotted pictures of Emily and her girlfriend on social media.

Scheck's parents reportedly told her they would no longer support her unless she returned home to undergo counseling and give up her athletic scholarship.

Scheck decided to stay in school and her roommate started a GoFundMe page to help her raise money to pay for books, food, and other basic necessities.

Tamara Leigh, spokesperson for the Out Alliance in Rochester, says the outpouring of support for Scheck is a testament to the heart of the community, but there are many individuals like Emily whose stories are untold.

"This young lady kind of had an alignment of the stars that she was able to get the assistance that she needs, and thank goodness for that,” Leigh said. “But there are so many other people within the community that aren't able to access those same kinds of services and can wind up in situations that are extremely dangerous or unhealthy just to try to survive after they are turned away by family."

As of Tuesday, Scheck's GoFundMe page raised just over $100,000. Leigh said it was tremendous that the community has rallied around Emily.

"And even more than financially, I think just the idea to know that there are people who are out there who care and are ready to give of themselves to help this young lady is an amazing testament to the heart of our community. It's a really big deal and I think it's beautiful."

Canisius College on Tuesday released Scheck's official statement to the media, which related Scheck's decision to stop receiving donations via the GoFundMe page:

“Thank you to everyone who showed their love and support in this difficult time. The positive outreach has been unbelievable. I never expected this amount of support. I have chosen to stop accepting online donations

because what has been given is more than anyone could have expected.

“Donating to LGBT organizations is a great way to continue to show support and can help many other people who may be struggling in similar situations. Grace (Hausladen, the GoFundMe page organizer) and I will continue to run while pursuing our business degrees at Canisius College. With Thanksgiving coming up, I am grateful for everyone in my life who have continuously been there for me. I now know that family is not always something you have, but something you find.