For the first time in over 50 years, the U.S. and Canada are changing the way they regulate water levels on Lake Ontario. It’s an attempt to meet the changing needs of people who use the lake – from the shipping industry to environmentalists.

But homeowners fear the change may mean more flooding.

Gary Zieres lives on Edgemere Drive in Rochester, N.Y. It’s a narrow strip of land that runs along the south shore of Lake Ontario. 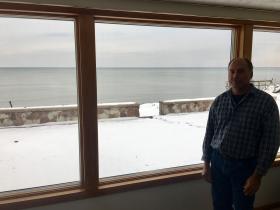 From his wide, glass windows in the living room, he can look out over his backyard, the breakwall he installed to prevent erosion, and miles and miles of lake, uninterrupted, all the way to the horizon.

“Summertime, the sun comes up over the lake,” he says. “It’s just absolutely beautiful.”

Living here has its perks, but it also comes with risk. Zieres flips through old photographs of a storm he remembers from his childhood. It was 1973, and he lived just a few doors down. 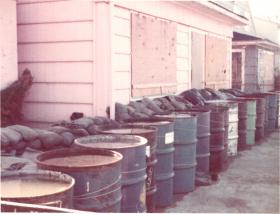 “The waves are coming right over the breakwall and smashing up,” he says. “The waves were coming up against the house.”

When storms kick up, the huge lake can be a dangerous as the open ocean. The people on Edgemere Drive are used to this, and over the years they have spent thousands of dollars building bulkheads and breakwalls to hold back the lake.

But Zieres and others worry that flooding might be more frequent and more severe under the new Lake Ontario management plan. It’s called Plan 2014, and it took effect on Jan. 1.

"It's probably going to be very devastating for homeowners living along the lakeshore,” Zieres says.

The plan allows lake levels, which are controlled by a dam, to be higher at certain times – about 2.5 inches higher. That doesn’t sound like much, but multiply that times the surface area of the entire lake, add a strong wind to build waves, and Zieres is worried that the neighborhood will see more floods like the one in 1973.

Doug Wilcox is an environmental scientist at the College of Brockport. He sees it differently.

“They should be marching in the street in favor of Plan 2014,” he says.

Wilcox has studied the impact of lake levels for decades. He says the new plan also calls for more frequent low levels, and over time this will end up building back beaches and dunes that can naturally protect property. He’s also interested in how it will help the environment.

He and his graduate students are working on a restoration project in Buck Pond – just a few hundred yards from Edgemere Drive.

In an interview over the summer, one student, Brad Mudrynski, explained that even though this wetland is supposed to be home to hundreds of different species of birds, plants, and fish, it has become almost completely overrun with cattails.

“That stuff right there,” he said, “that is what I bushwhack through all summer long." 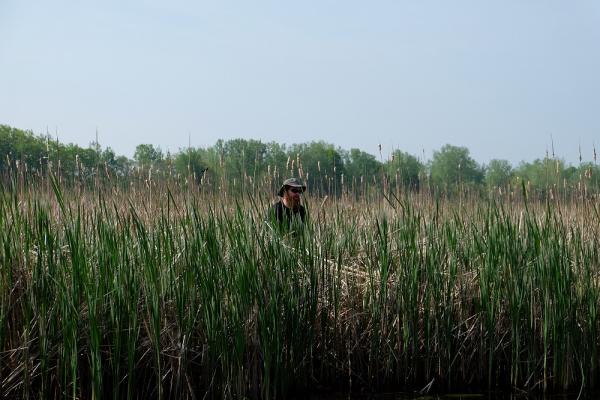 The main objective of this restoration is to kill cattails and restore native plants. One reason the cattails are so pervasive is because the old regulation plan left wetlands waterlogged over long periods of time.

"Cattails aren't getting dried out; they're not being killed,” Mudrynski said, “which is something that would normally occur on a 10- to 30-year cycle."

The new regulation plan is designed to more accurately reflect the natural variation of the lake, keeping those cattails at bay.

Lana Pollack is the U.S. Chair of the International Joint Commission, which put forward the new plan. She says the environment is just one of the things the commission considered, and Plan 2014 is the best possible compromise.

"It's hard to give 100 percent to any particular interest when there are competing interests involved,” she says.

For now, homeowners like Zieres and his neighbors are waiting to see how the new regulations will play out. And they’re bracing for the spring storms.

The U.S. government is seeking public comment on plans to protect historic shipwrecks by creating a new national marine sanctuary in Lake Michigan.

On Monday, Jan. 9, NOAA began taking comments on its plan to protect 1,075 square miles of the lake.

The United States and Canada are moving to ban microbeads -- the tiny plastic bits in toothpaste and facewash that are big water polluters. Now scientists are focusing on a similar problem -- and it’s lurking in your laundry pile.

Listen
Listening...
/
The problem with synthetics

Study: Tons of plastic getting into Great Lakes

A new study from Rochester Institute of Technology tracks how much plastic is getting into the Great Lakes, and where it's going. Spoiler alert: It's a lot -- and it's in all five lakes.