Venessa Rodriguez of Endicott is happy with her health insurance. But one thing she's not thrilled about is that it's not always clear what she owes when she goes to the doctor.

"I think what's happened a few times (is) my doctor's office will send a lab away," she said. "And then (I come to) find out that the lab was not covered under my insurance." 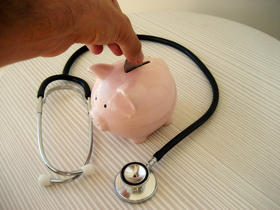 The same goes for Barbara Johnston from Rochester.

"There's often surprises," she said. "Supposedly, preventative appointments are covered, but there's always charges for the different tests that you need to take on your way out of the doctor's office."

On the other hand, Joseph Clark of the Buffalo area has only heard about these surprise charges secondhand.

"You hear stories about people not being covered for things they thought they were covered for, or for co-pays that they didn't understand," he said.

Clark hasn't had a problem, he said, because he knows his health insurance policy.

Listen
Listening...
/
As part of a four-part collaborative series produced by public radio stations WBFO in Buffalo, WRVO in Oswego/Syracuse, WSKG in Binghamton and WXXI in Rochester, Bret Jaspers of WSKG News reports how New York state is planning a database that will provide price information on health care procedures. The series focuses on economic issues that hit many upstate New York residents right in their wallets.

But understanding your policy sometimes isn't enough. That's part of the reason why several states have created "all-payer claims databases." These are databases with health care price information -- what was charged for an actual procedure. New York is about to build one.

Jo Porter with the University of New Hampshire knows a lot about so-called all-payer claims databases.

"There's still not a lot of clarity on what those prices are and how they vary regionally or by facility," she said. 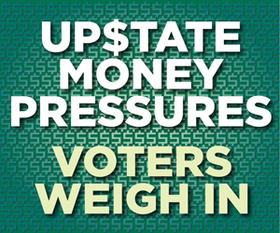 It potentially could be a big help for patients looking to comparison shop, and might also be a way for researchers to know where health care spending is ballooning.

Porter did consulting work for New York on its forthcoming All Payer Database. She characterized it as a first step in identifying where the problems are.

"That kind of transparency and clarity is necessary to figure out what the fixes are, and so this is really a foundational step, or a tool in the toolbox to get to that fix," she said.

Others say it's not clear if the database will eventually be useful for consumers.

Elisabeth Benjamin is vice president of health initiative with Community Service Society of New York, which advocates for people with low incomes. Benjamin thinks it's a problem that the proposed regulations say data "may be posted publicly to a consumer facing website." May does not mean will.

"If it may be, then lots of data can continue to be a secret," she said. "Right now, in New York state, if you go to a hospital, even though legally you're supposed to be able to access how much it costs, you can't."

Benjamin's group also wants more data collection on things like race and ethnicity and more representation for consumer advocates on the advisory group for the database. To get these things, the proposed regulations would have to be revised.

The All Payer Database office did not respond to follow-up requests for an interview.

Daniel Rosen of Rochester thinks getting detailed price information would require a mandate.

"I don't think that anyone's gonna opt in," Rosen said. "If I can charge you $10,000 to remove a fingernail, then there's zero incentive for me to have to disclose that up front."

Publicizing a price database also would be a state responsibility. Venessa Rodriguez has an idea: Put a link to the state's database at the online patient portal you use for your insurer or doctor.

"If it's at their fingertips already and it's something that they're checking anyway, then it's more likely to be used," she said.

The public comment period on the price database ended in mid-October. New Yorkers now wait for the final regulations to come out.