A new book by Michigan poet Cindy Hunter Morgan breathes life into shipwrecks that dot the floor of the Great Lakes. 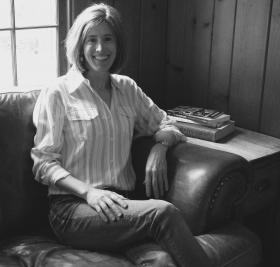 "Harborless" is her re-imagining of tragic moments when the Philadelphia, Chicora and other ships were lost.

Though the poems are centered on historic events, she conjures up crew members, pieces of cargo and other vivid details of sinkings that happened more than a century ago.

“All of these poems contain these imaginative moments, and I think that’s what makes them poetry,” Morgan said in an interview with Interlochen Public Radio in Michigan. “That’s where the balance shifts and tips them toward poetry… Most have some nugget of historical accuracy but then they do shift this imaginative territory.”

Morgan, who teaches at Michigan State University, said many of her poems "started with an image." That's clear from reading "Henry Clay," about a freighter that sank in a storm on its way from Detroit to Buffalo. (The poem first appeared in the magazine Salamander.) 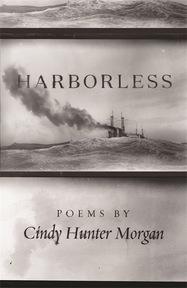 Residents in the Great Lakes region will get a chance to voice their concerns about the waters' health in a series of March meetings. The International Joint Commission, which helps regulate use of the Great Lakes, has announced dates and other details of meetings scheduled in Buffalo and five other cities.

Video: Flying to school on a Great Lakes island

When the bars and restaurants in Put-in-Bay close at the end of summer, you might think the entire island shuts down. But a couple hundred hardy year-round islanders in Western Lake Erie stay put.  As winter sets in, eventually even the ferries shut down and the only way on and off is by plane.

President Donald Trump took aim Tuesday at a rule that outlines the reach of the Clean Water Act, saying the rule was a "massive power grab" by federal regulators. But six attorneys general vowed to fight the rollback -- with lawsuits if necessary.