A little house on the shore of Lake Ontario is gaining national attention. 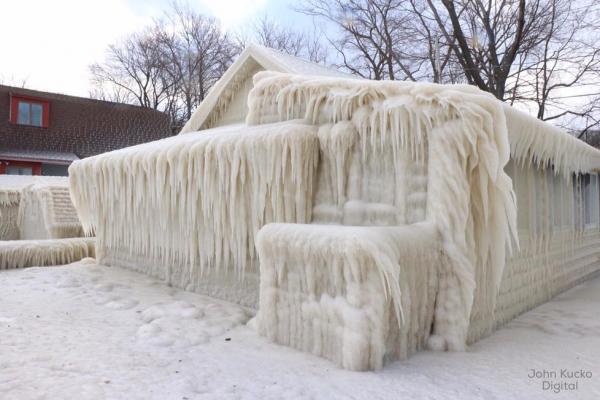 After being pummeled with water, cold air and high winds, portions of the house that face the lake are  covered in thick layers of ice.

The ice house, as it's come to be known, is actually one of a string of frozen houses along the south shore of the lake in Webster, N.Y. 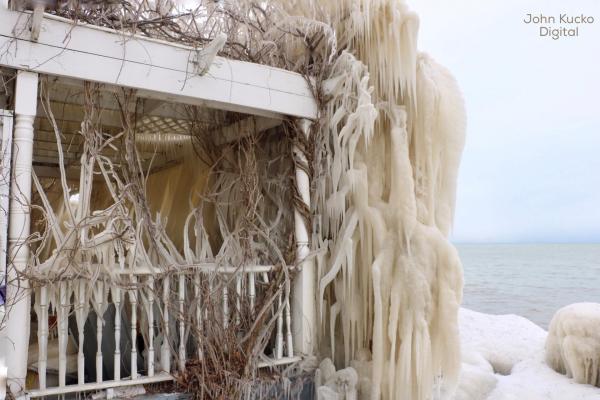 Residents attribute the phenomenon to higher than normal lake levels and a severe wind storm in early March.

John Kucko took some of the first photos of the house, and they have been picked up by CNN and the BBC. Kucko is a part-time anchor for WROC-TV in Rochester and used to be its sports reporter. He says he's drawn to on-line reporting because it breaks up his non-stop sports career.

Kucko shares many images of Lake Ontario with fans on his Facebook page and on the air. He says he was tipped off about the ice house by a viewer.

"I shoot at the lake a ton, so I knew this was entirely possible. Been doing a lot of icy shots up there."

Kucko even took a video of the house, knowing people unfamiliar with the area and its wacky weather would be skeptical of the photos. Even so, he says, he did not know the images would receive as much attention as they have.

You can find more images from John Kucko on his Facebook page.

A budget proposal to slash federal funds for the Great Lakes cleanup is being skewered in the opinion pages of the region's newspapers.

In Ohio, Michigan, Minnesota and other Great Lakes states, editorials have called the draft proposal "foolish," "unacceptable" and a "job-killer."

The Trump Administration could be proposing a 97 percent cut in Great Lakes Restoration Initiative funding when it unveils the federal budget later this month -- a move that is drawing harsh criticism from some regional officials.  The initiative is one of many Environmental Protection Agency programs in jeopardy.